In case you didn’t know, I have an obsession with Costco’s Meat Department. My favorite cut of meat is a Ribeye so thought it would be timely to review Costco’s Ribeye Steaks.

I think buying a Costco membership is one of the best investments you can make being on a Keto or Carnivore diet. Let’s put it this way, their meat selection is off the charts incredible. Some people seem to only want to eat grass-fed meats due to the better Omega 6: Omega 3 ratios. However, after a phone call I recently had with Dr. Shawn Baker and my mother- he was sharing with us that it seems to only matter inflammatory wise with pastured eggs VS conventional factory farmed eggs. Otherwise, grain-fed beef tends to be fine.

(Of course, do your own research and if you feel a difference eating grass-fed then, by all means, go for it!) 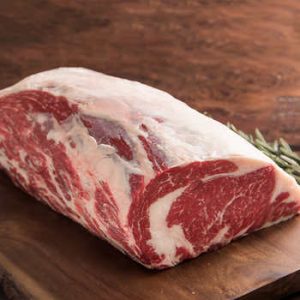 I have now been buying these Ribeyes for months and it’s been one of the best food investments I could have made since I eat mostly an all-meat carnivore diet.

These ribeyes are some of the most tender and juicy steaks I’ve ever had and you really can’t beat the price. I’ve been to a few Costco’s and the price will differ depending on location. However, they’re usually in the $8-$10/pound range which you just can’t beat for something this high-quality and also pre-tenderized.

If you get the ribeyes in bulk and unbutchered, they tend to be slightly cheaper, but not much.

These simply by taste are some of my favorite Ribeye steaks. Some Costco’s also carry Prime Ribeyes which to me aren’t even necessary with how good the regular ones are. If you really want to taste the difference, go to your local supermarket and compare those ribeyes to the one’s from Costco.

I even like these more than the ribeyes they have at Whole Foods, and of course, these are also much cheaper! I’ve had better Ribeyes from farms at double (or more) the price, but I don’t think you find a better value here.

Costco is also one of the few retailers that tenderizes their meat. There are no chemicals used for this process. Instead, they use a process called blade tenderizing.

The process is a little bit controversial but I can tell you first hand, these are some of the most delicious and tender Ribeyes I have ever purchased and I’ve purchased Ribeyes from lots of different supermarkets. The only thing that beats their steaks are ribeyes I’ve had from farms.

If you want to learn more about the blade tenderizing process, you can read this interesting Reddit Discussion here.

If you’re concerned about the tenderizing process or just want to save a little extra money, you can get the large uncut Ribeyes. You’ll have to trim off some of the fat and butcher it yourself which isn’t that difficult. The price savings isn’t usually enormous, at the local Costco in Nashua, New Hampshire, it’s the difference by just a few dimes per pound. However, if that’s your thing, you do save a little extra money.